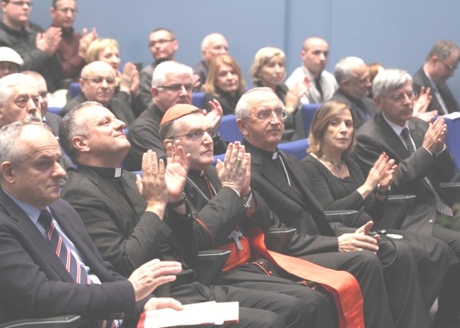 Beatified by Pope John Paul II in 1998, Croatia’s WWII Archbishop Aloysius Stepinac – falsely and wrongfully accused and condemned as Nazi collaborator by Josip Broz Tito and his Yugoslav communists – still awaits canonisation. In this day and age of political correctness getting in the way of truth, a new element has been introduced – it seems – in the Catholic Church’s canonisation decision-making and that element has to do with what Serb and Serbia (who are predominantly of Orthodox Church) think about Stepinac being proclaimed a Saint of the Catholic Church. What an outrage! One finds it most difficult to comprehend why opinions are sought from Tito’s communists or their descendants who wrongfully accused Stepinac as Nazi collaborator were Serbs in many cases, as well as some communist Jews, and are not likely to admit today that they and/or their political predecessors were wrong and lied!
Hence the need to defend the innocent and good Blessed Aloysius Stepinac from lies, mud and concocted history – a sad fact of today’s mad political correctness by which one permits the propagation of falsehoods so that one avoids possibly insulting the emotions of the propagator of falsehoods. The Catholic Church, with his beatification, had examined thousands of documents and testimony, and had no doubts – (see Vatican insider) – today some Serbs and some Jews (all former communists or their allies as far as I can see) have made it their business to try and stop or obstruct Stepinac’s canonisation. The latest pathetic line of “criticism” is that although Stepinac did save Jews and others from peril during WWII he could have done more!

A world leader in historical research of the truth pertaining to the rescue of Jews in WWII Croatia, Dr Esther Gitman held a lecture in Zagreb, Croatia on Monday 23 November 2015 – ” Dr. Alojzije Stepinac, Archbishop of Zagreb in the trial organised by Tito’s regime, historians and current Serbian government” – as introduction to the one day conference held on 24 November 2015: “Archbishop Stepinac and Serbs in Croatia in the context of World War II and post-war period“. The conference was organised jointly by the Archdiocese of Zagreb and the Croatian Catholic University.

Introducing dr. Gitman, the Croatian Catholic University Rector, dr. Zeljko Tanjic, briefly talked about her 2011 book “When courage Prevailed – the Rescue and Survival of Jews in the Independent State of Croatia 1941-1945“, after which dr. Gitman has regularly addressed issues pertaining to Jews in Croatia during World War II and the matter of Cardinal Alojzije Stepinac’s innocence. She was a visiting professor at the University during the 2013/2014 academic year where she held courses on rescuing Jews, and last summer published a notable study of rescuing Jews.
Dr. Gitman proceeded to say that her presentation, based on facts and scientific research, would defend Stepinac as the man who made great efforts in alleviating human suffering and, thus, refute the allegations made against him during the last seven decades. As the guiding foundation of her lecture she used Archbishop Stepinac;’s 1941 memorandum to the Catholic priests and parishes in Croatia in response to the Croatian government’s attempts to force conversions of Orthodox and Jewish people to Catholicism:

“When you are visited by people of the Jewish or Eastern Orthodox faith, whose lives are in danger and who express the wish to convert to Catholicism, accept them in order to save human lives. Do not require any special religious knowledge from them, because the Eastern Orthodox are Christians like ourselves, and the Jewish faith is the faith from which Christianity draws its roots. The role and duty of Christians is, in the first place to save people. When this time of madness and of savagery passes, those who would convert out of conviction will remain in our church, while the others, after the danger passes, will return to their church.”

Dr Gitman made a point of saying that the foundation of anti-Semitism in the region that includes Serbia between the two World Wars does not lie in the Croatian Ustashe movement as some would want us to believe but in the media organisations and publishers that published and promoted books such as “The Protocols of the Elders of Zion“. Brochures were published in Serbia, despite a court ban. She reminded the audience at the conference that in 1938 Anton Korosec, Yugoslav minister of interior affairs, stated that in (Kingdom of) Yugoslavia (which by the way was under Serbian King rule) the Jewish question does not exist but pronounced the fleeing Jews as undesirables. In contrast to Korosec, Archbishop Stepinac in 1939 appealed to the faithful to help Jews, because it is a Christian duty to do so. In 1938 Stepinac hoped that Germany’s interest in Russia would keep war away from the South Slavs, and that Croats will have the opportunity to fight for their own state ruled by law and justice. In a meeting with students he said: “The love of man towards his people should not turn him into a wild animal that crashes all and acts in revenge, but rather enrich him so that he may obtain respect and love for his people from others.” 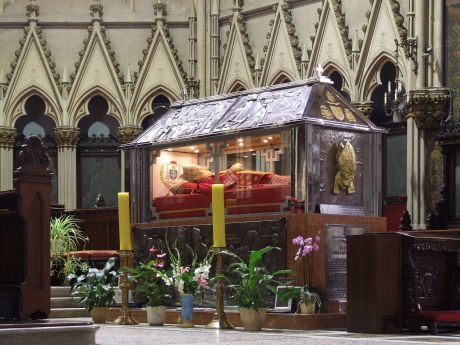 Dr Gitman pointed out that some historians have criticized Stepinac’s behavior during the Ustasha regime. Their claim was that a person in his position could do and could have done much more (to save Jews and others from death…). Such statements do not prove or support the facts. Can any historian today point to any concrete action that could have been implemented then and have resulted in positive outcome? I say no, Dr Gitman was resolute and concluded: “My goal today was to portray Stepinac in his role as Archbishop of Zagreb during WWII. His position was unenviable because he found himself between ‘a hammer and an anvil’, between the Nazis and the Communists. He acted as a loyal servant of the Roman Catholic Church and humanity, never abandoning his faith, moral law as his guidance. He condemned the inhumane behaviour of the Ustashe regime at every occasion“.

She concluded her lecture with the word of the Holocaust historian Raul Hilberg: “the Churches, once with powerful presence in Europe, reached the lowest point of their influence during WWII, incapable of retaining their independence against secular regimes. Despite that, during the War years, Stepinac followed only one maxim, and that was: only one race exists, and that is God’s race“.

Celebrating the wonderful truth of Blessed Aloysius Stepinac and his work on saving and rescuing the Jews should not be this difficult but it is. It is difficult because others tied to Tito and Yugoslav communists – lied; the lies stick. Truth does prevail in the end, though, and that is comforting. Ina Vukic, Prof. (Zgb); B.A., M.A.Ps.(Syd)