What gigantic three days of last week in the political life of Croatia.
In the wake of the Commission for conflicts of interests decision that conflict of interest applied to him in the case of INA/MOL and his wife’s business dealings, the leader of the majority party in government, Croatian Democratic Union/HDZ Tomislav Karamarko on Wednesday 15 June resigned as First Deputy Prime Minister; but not without emphasising that HDZ, as relatively major seat holder in parliament, was not giving up its fight to form a new government within the 30 days defined by law after a fall of government and that new elections were the very last option HDZ would look to. Indeed, HDZ has been giving confident reassurances that it has decided upon its candidate for the new Prime Minister (current finance minister Zdravko Maric) and that it will in the ensuing legally defined period of 30 days from the fall of current government succeed in achieving 76-seat majority in the parliament.

The current coalition government fell on Thursday 16 June after only five months in the throne as the Prime Minister Tihomir Oreskovic lost a confidence vote in the parliament.

Then in a move that evoked sizeable anger and resentment towards her seeming disrespect of rules and bias, president Kolinda Grabar-Kitarovic wasted no time in hogging the public microphone on Friday 17 June, saying that “nobody I spoke with has (during the consultations she had held with members of parliament since the day before) convinced me they enjoy the needed support of 76 or more representatives to achieve the status of Prime Minister.”

“I can confirm that a majority has expressed the opinion about the need for early elections,” she continued, adding that it was impossible to shorten the period of 30 days guaranteed by the Constitution and appealed to the president of the parliament Zeljko Reiner to bring the matter of dissolution of the parliament to its agenda as soon as possible! Reportedly most representatives she spoke to expressed the opinion that new elections should be held in early September, however, as per previous practice, one would expect that she would hold more than just one consultation within this important realm that gives her the responsibility to ensure Croatia has a government in place.

This is what’s on Croatia’s political plate at this moment:

• parliamentary relative majority party HDZ seeks to utilise its constitutional right of 30 days to form a new coalition government rather than go to snap elections;
• the country’s president appeals for the parliament to table the decision on its own dissolution prior to the expiry of those 30 days in order to make way for snap elections;
• HDZ leader Tomislav Karamarko has announced his appeal against the conflict of interest findings to the Administrative tribunal.

As one might expect, this president’s move is fanning ongoing speculations and political postulations as to whether and why in fact the parliament should be dissolved on the day when 30 days expire (15 July 2016). The president’s move appears to be feeding a good deal of members of parliament to keep driving loud opinions that HDZ should bow out of its right to 30 days to form a new government and simply join the rest in speeding up the dissolution. This, of course, is causing a good deal of distressing confusion in public as well as to a politically staged diversion from HDZ’s inherent rights to try and quell ruffled-up spirits and save the government without the need for new elections. The political platform is rife with a push for snap elections, which also reveals many a new political ambition for all-important thrones including the one of the Prime Minister. Even Zagreb’s mayor Milan Bandic, who has till “yesterday” supported Karamarko, has reveled his newfound (?) ambition to put forth his name as candidate for Prime Minister at snap elections, for which he is suddenly raising his other hand. Bandic comments on his stand with the worn-down cliché “…there’s no love (meaning lasting devotion) in politics.” (HRT TV news 18 June 2016)

As to the findings of conflict of interest against Tomislav Karamarko, leader of HDZ, these do not seem to have shaken HDZ’s resolve to keep him at the party’s helm for the time being, except with a number of members including Tomislav Tolusic, regional development and EU funds minister, and a political cadaver Vladimir Seks, who I think should have retired from HDZ a long, long time ago. A prominent founding HDZ member and former minister of science and technology dr Ivica Kostovic said for HRT TV news Saturday 18 June that his “experience since he had entered into the government was that he met perhaps 1% of people who were not in a conflict of interest”. (HRT TV news 18 June 2016) 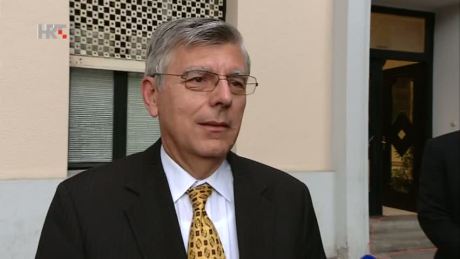 Indeed, being in conflict of interest seems to have been a dark legacy left from public office administration of former Yugoslavia. That, of course, does not excuse any continuance of operating with conflict of interest – it simply highlights the need to deal with it properly as cases arise and that seems to have been the spirit of Dr Kostovic’s comment.

Karamarko has wowed that he will take the Commission’s decision to the Administrative tribunal, as he believes he was not in conflict of interest as found by it. It would seem that the Commission had weighed against Karamarko a reported detail that he did not declare his wife’s business dealings with the Hungarian MOL at a reported government meeting, from which there are apparently no detailed minutes, when matter of arbitration regarding INA/MOL issue (i.e. taking back Croatian ownership prevalence in the company of national importance – INA) was discussed. But, reportedly he also did not participate in any decision-making at the said meeting, either. The latter then would raise some alarms regarding the credibility of the Commission’s decision itself. The Commission, as evidencing conflict of interest, reportedly also took into account Karamarko’s personal Facebook status, which said that he was personally committed to Croatia pulling out of arbitration with MOL!

Karamarko commented that his personal opinions are well known to the public but that he has never imposed them upon third persons. “I have never had a single meeting on the Government premises with the arbitration on the agenda … It’s possible that I have had meetings outside the Government with Josip Petrovic (MOL’s consultant) but INA and MOL have never been the topic of those meetings.” 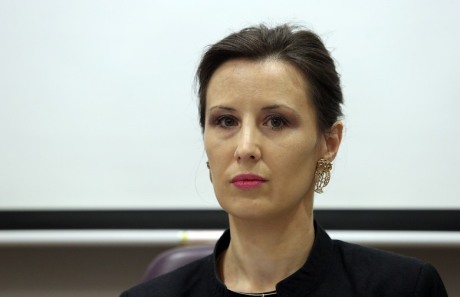 The Commission’s head, Dalija Oreskovic, commented that “Karamarko cannot separate his private opinions from himself as a public figure and that, in that sense, he fell into conflict of interest.” She added “he used his political influence in connection to his opinion about arbitration, so that the potential or possible conflict of interest in these personal opinions and public intercessions point to the finding that the official found himself in a situation where conflict of interest was realised…”

In defending himself against the motion of no confidence last Wednesday, Prime Minister Tihomir Oreskovic told the parliament that the real reason for his ouster was that he started resolving the dispute between INA and MOL, adding that someone was not pleased with it (evidently alluding to Karamarko). It will be interesting to see what the Administrative tribunal will decide regarding private vs public lives (opinions) of a public official. At this stage HDZ wants to reshuffle the government with a new prime minister (Zdravko Maric), with Karamarko remaining as the party leader and digging its heels in at this may work, but it also may not. Next week or so will show whether the worn-down cliché “there’s no love in politics” is actually a double-edged sword that can either damage or benefit HDZ’s efforts to survive in parliament without snap elections. Ina Vukic, Prof. (Zgb); B.A., M.A.Ps. (Syd)