Next week seems set to shed light as to whether Croatia’s Prime Minister Tihomir Oreskovic has indeed been a weak Prime Minister, failing to adequately implement the needed reforms that were promised to the voters of Croatia at last elections, late 2015, and whether he has, as Croatian Democratic Union/HDZ claims, been more preoccupied with his own political niche and agenda that is in contradiction with the technocratic, professional role (towards implementing set reforms) he was appointed as Prime Minister to pursue.

Croatian parliament will, during the coming week, entertain the subject of HDZ’s (Croatian Democratic Union/ majority party in coalition government) motion for vote of no confidence against Prime Minister Tihomir Oreskovic and Oreskovic will, as announced, step before it in an effort to defend himself. Hence, the end appears nigh for the current lot of tortuous speculations, allegations against specific members of Croatian government and endless sensationalism served by the media. Next week, then, is likely to deliver some reprieve to the confused, angered and tortured public. Furthermore, the Croatian independent authority deliberating on whether there had been a conflict of interest to pin against Tomislav Karamarko, leader of HDZ and the First Deputy Prime Minister, has announced it would publish its findings around noon Wednesday 15 June.

Hopefully, then, next week is likely to shed some further directional light as to the source/s of the staged political crisis Croatia has been exposed to ever since February 2016 or earlier when vicious attacks began against HDZ’s ministers and leaders.

Many Croats in Croatia and probably all Croats living in the diaspora had, as they fought and supported Croatia’s efforts to secede from communist Yugoslavia and grow into an independent democratic state, did so in the expectation that Croatian democracy would be modeled on the so-called Western democracy:

Indeed, on 30 May 1990, at the inaugural assembly of the Croatian Parliament, Croatia’s first president Franjo Tudjman said: “The new Constitution of Croatia must be free from all ideological dissents; it must be based on experiences of creating a Croatian state and in the spirit of the most democratic traditions of modern Europe and North American reality and science of law.”

This month. 25th June 2016 will mark 25 years since Croatian parliament voted for secession from communist Yugoslavia and thus, put in place the Liberal democracy its 1990 referendum sealed as its future path. Croatians have always considered themselves as being more Central European in culture and geography than being Balkan. Hence, the democracy they voted for, by a staggering 94% vote, in the 1990 referendum, was a Liberal one modeled on the “West” rather than some hybrid of democracy which could amount to an Illiberal one; the one reminiscent of government or significant elites’ controls they experienced under communist regime in Yugoslavia. 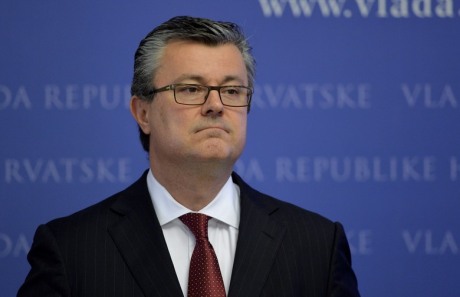 The Financial Times’ recent article by Tony Barber widened my concerns about the slow and communist heritage stifled direction of democratic development in Croatia. Comparing the efforts signaled in 1990 for a Liberal democracy to the current and staged political crisis in Croatia one may indeed ask as to whether the crisis is associated with some political push to move Croatia further away from Liberal and closer to an Illiberal democracy, which has been taking hold of Poland, Hungary and perhaps Slovakia in Eastern Europe? Illiberal democracy “means a type of government that preserves the forms of democracy but falls well short of North American or Western European standards of freedom.”
So far Croatia has struggled in achieving the standards of Liberal democracy but the witch-hunt against individual HDZ members of the government and the feeling one gets that the Social Democrat opposition and its coalition as well as the Prime Minister appear to ignore and even downplay the individual’s right to a defense and due process against alarming allegations does make one question whether in fact there is a background truth in the thought that Illiberal democracy may indeed be at Croatia’s door, if it already hasn’t permeated in. One’s suspicions of this are ever more strengthened by the fact that the Catholic publication “Glas Concila” published 12 June a political commentary by priest Ivan Miklenic, Editor in Chief of that publication, which includes the following: “When the affair ‘the consultant’ (meaning HDZ’s leader’s wife’s consultancy business dealings with Hungarian MOL company prior to him being elected into current government) broke out in public and when it became more than clear that regardless of whether there was guilt under the law or responsibility, moral and political responsibilities unquestionably arose and instead of making moves that serve real common good came the moves that meant the saving of only one man (meaning Tomislav Karamarko, leader of HDZ) at all costs, at all high costs. There was no inclination nor will in the largest political party for the acceptance, the understanding and the realization of common sense reasoning in accordance to which neither a political party, or the Government, or Croatia cannot be a hostage to the interests of one person or one project… The question why the strongest political party, that has large merits for the creation of independent Croatia, is suddenly becoming incapable of recognising what it is that serves the common good, serves Croatian interests and what brings down that party and damages Croatia is likely to remain unanswered once again…”

Regretfully, it appears that this priest, the Chief Editor of the Catholic Glas Concila publication does not consider the rights of individuals as legitimate, as the most important rights Liberal democracy must uphold! This individual the above Glas Concila article refers to is indeed a member of the political party in government but in the eyes of the public he is still an individual with rights to due process that are same as the rights of individuals not in government. Indeed, to my view, the individuals in government must uphold and fight for the rights of individuals (including self) under any and all circumstances otherwise the door to illiberal democracy is wide open. How close reported Opus Dei activists in Croatia who are said to be among advisors to the Prime Minister Tihomir Oreskovic (e.g, formerly New York based Stjepo Bartulica) are associated with this appalling commentary in the Catholic Glas Concila is anyone’s guess, but certainly the guessing game does become easier once matters of possible influence are placed in the context of Liberal versus Illiberal democracy; the latter being considered as acting against rights of individuals and promoting pressure from political or other elite groups.

If we look deeply into the fight Karamarko and HDZ are fighting right now it certainly is not about some conservative nationalism one sees in Poland, Hungary or Slovakia but it is more about individual rights as the cornerstone of Liberal democracy Croatia lost rivers of blood for in the 1990’s Homeland War. Those rights are of Croatia’s national interests and not some nebulous national rights those attacking HDZ and Karamarko are spitting out daily. Indeed, the faith in HDZ as a guardian of the cornerstone of Liberal democracy appears further justified by the fact that the party has Saturday 11 June decided to put forth Zdravko Maric, current finance minister, as the next Prime Minister of Croatia, hence demonstrating that its fight in the political crisis has not been about one individual’s position – Karamarko’s – but about the principles of individual rights and due process. Ina Vukic, Prof. (Zgb); B.A., M.A.Ps. (Syd)

Thanks for following as always appreciate every like, mention , reblog or #tweet also our Our daily newspaper is added with all our posts daily:

This post contains a number of Times articles about the 1974 burglary on Harold Wilson and what became known as the “Wilson Papers”.

The whole story is quite odd and surely there is much more to come out. 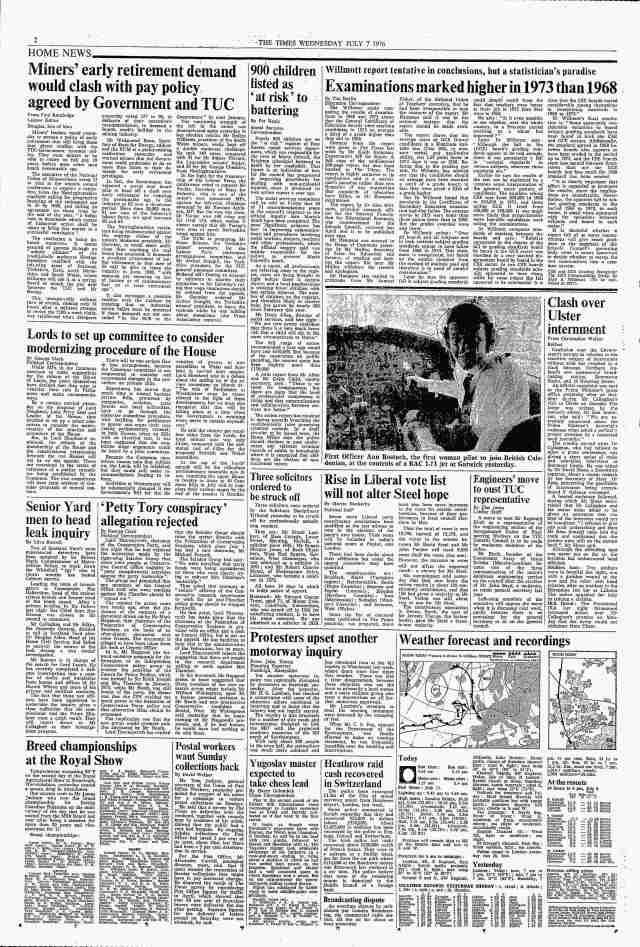 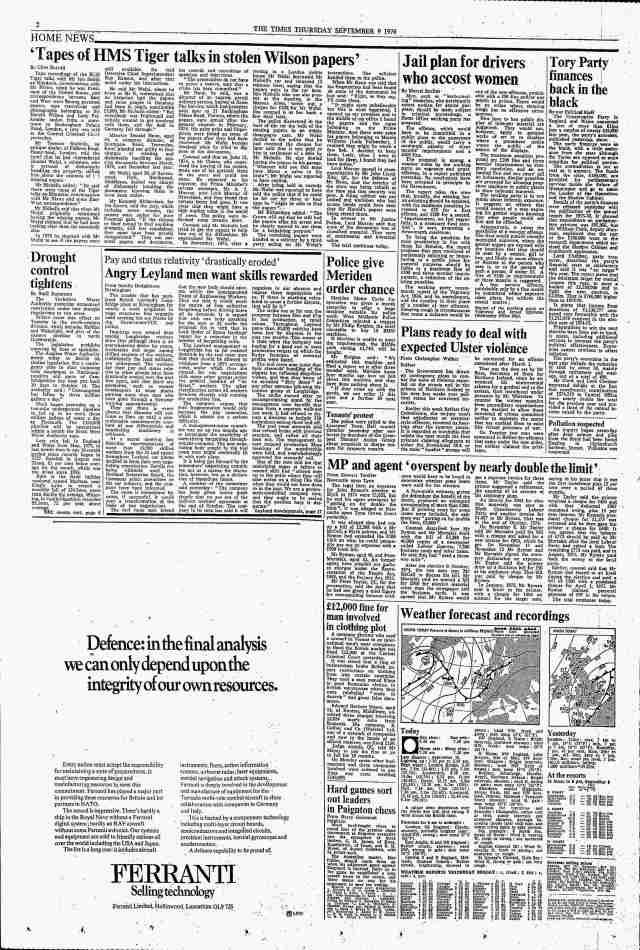 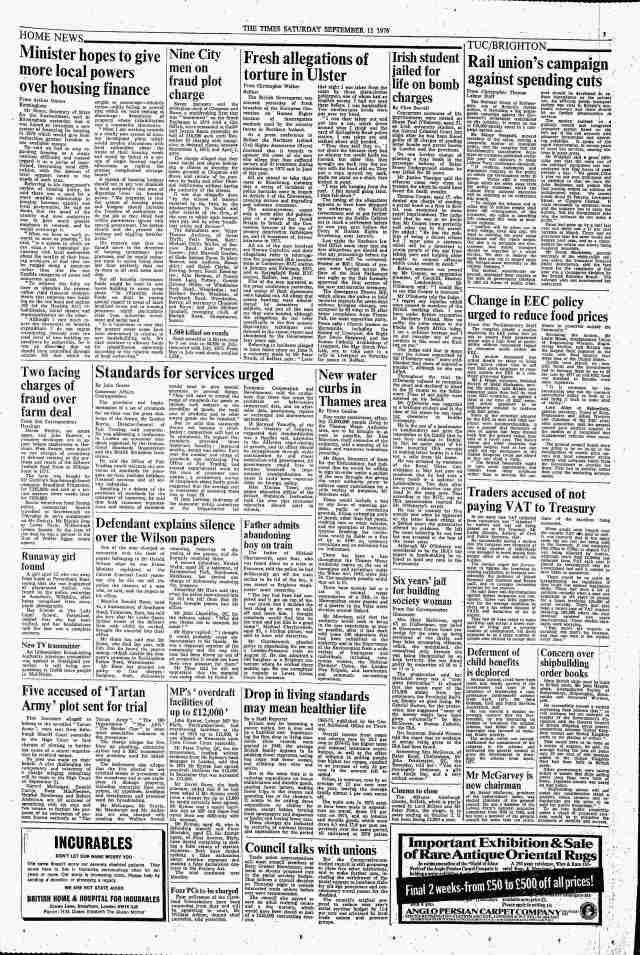 Please note that victims of abuse may be triggered by reading this information. These links are generally UK based.

[A] Sanctuary for the Abused http://abusesanctuary.blogspot.co.uk/2006/07/for-survivors-coping-with-triggers-if.html

[C] One in Four http://www.oneinfour.org.uk/

[K] Survivors UK website for victims and survivors of male rape or the sexual abuse of men https://www.survivorsuk.org/ and twitter https://twitter.com/SurvivorsUK

“He who does not bellow the truth when he knows the truth makes himself the accomplice of liars and forgers.” Charles Peguy

Thanks for following as always appreciate every like, mention , reblog or #tweet also our Our daily newspaper is added with all our posts daily: