For reasons many cannot understand, even if their bias against Croatia is profound, Israel’s political establishment had in 1997 taken an anti Croatia, anti-Franjo Tudjman stand. Indeed, Israel had then pronounced Franjo Tudjman a “persona non grata” in Israel because, it was reported, Tudjman had in his books underestimated the number of Jews that perished in the Holocaust! Indeed, Tudjman was labelled by various Jewish organisations across the world as Holocaust denier and anti-Semitic because of the numbers he estimated perished in the Holocaust. Overestimates or possible overestimates of number of Jews that perished in the Holocaust had never, so many decades after the fact of the Holocaust, to my knowledge, set in motion such hateful and drastic measures on the level of state relations! 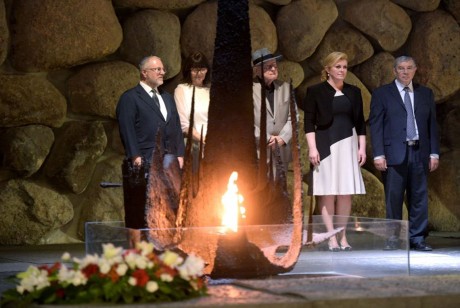 After Franjo Tudjman’s death in 1999 all three Presidents of Croatia had officially visited Israel, apologising for the crimes of the Holocaust that occurred during WWII in Croatia. Apologies, of course, are always the right thing to do as they contain, or should contain, the spirit of regret and compassion and, hopefully, determination that things apologised for shall never reoccur. Presidents Stjepan Mesic (2000-2010) and Ivo Josipovic (2011-2015) are both of hard-core communist extraction and had, as expected, molded their apologies for the Holocaust while in Israel in such a way to openly suggest that fascist or Nazi supporters were still active or “mysteriously in ghost-like fashion coming out of the woodwork” in Croatia – still. “Apologies” of this nature are nothing more than attempts, on false but politically potent grounds, to cover up communist crimes committed in Croatia during and after WWII. Many Croatia’s “leading” Jews had, particularly since 1991, followed the same line because I dare say, most were and are communists of former Yugoslavia.

It is of great importance to note that no president of Croatia has so far, it seems, “lobbied” to Israel regarding the factual research findings by Dr Esther Gitman about the significant work of Croatia’s Cardinal Aloysius Stepinac, beatified and in line to be canonised a Saint of the Catholic Church. 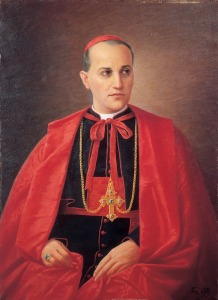 It is certainly not far fetched, by a long shot, to conclude that Croatian pro-communist Jewish and Serb lobby would not want Cardinal Aloysius Stepinac vindicated by indisputable facts which point to the overwhelming lies and false grounds upon which communists persecuted him as Nazi-collaborator immediately after WWII. Former communist operatives and influential persons within the Yugoslav Communist Party between WWII and 1991 have too much face to lose were the truth to be accepted as truth. No matter, the truth still stands and its enemies are identified in this case. The battles for truth and recognition of it may, hence, be easier than before.

“Modern Croatia is not a successor to the World War II independent state of Croatia and its ideologies,” Croatian President Kolinda Grabar-Kitarovic told i24news, in an exclusive interview at the end of a two-day visit to Israel, 24 July 2015. Kitarovic, who during her visit participated in a Yad Vashem ceremony in which Croatian-American producer Branko Lustig donated his “Schindler’s List” Oscar to the Holocaust memorial, brushed off any connection to what she calls “a dark period in our history that casts a shadow on Croatia’s past.”

I find it regretful that there seems to have been no opportunity during this visit to refer to Blessed Aloysius Stepinac while at Yad Vashem or elsewhere in Israel. Cardinal Aloysius Stepinac had his own “Shindler’s list” and saved thousands upon thousands of Jews during WWII Croatia! After access to historical documents/archives had been possible at the fall of communist Yugoslavia his “list” is found to have been much longer than Schindler’s! His list was longer than Schindler’s and yet state politics keep this truth hidden or are not inclined to talk about it publicly! 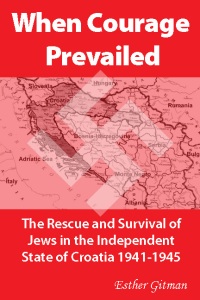 A book by Esther Gitman

Part of Croatia’s World War II history, the collaboration with the Nazis has been a prickly issue in diplomatic relations with Israel, which were established in 1997. Kolinda Grabar-Kitarovic has, on this occasion of visiting Israel, maintained the stance of her predecessors Mesic and Josipovic, and “focuses on building relations with Israel today and is strongly committed to the victims and survivors in order to prevent future atrocities”. “There is no connection today between the Nazi ideology and modern Croatia,” Grabar-Kitarovic said, and vowed that she feels “no resentment” from her Israeli counterparts, reports i24 news.

“In addition to the Ustashi regime, which was a collaborationist Nazi regime, there was comparably one of the biggest anti fascist uprising resistance movements in Croatia,” Grabar-Kitarovic said, mentioning that members of her own family participated in this movement. “These people who fought fascism and Nazism put Croatia on the right side of history, and what is embedded in our constitution today is our anti-fascist and anti-Nazi roots and the Homeland War that we fought back in the 90s in order to liberate Croatia from aggression and occupation,” Grabar-Kitarovic said in Israel last week.

I use this opportunity to condemn every totalitarian regime – Nazism, Fascism, Communism,” said President Grabar-Kitarovic at Yad Vashem in Israel, and emphasised education as the strongest weapon against every form of radical ideology, divisions, hatred and racism. “We must tell the truth because we are denuded in this place, we have no and carry none of our official functions. We are here as human beings. As people, as parents, sisters and brothers we have the responsibility to pursue for the truth.”

All what President Grabar-Kitarovic said in Israel last week stands as truth but such plethora of historical references still omit the fact that many, including Cardinal Aloysius Stepinac, are considered as Nazi-collaborators, participants in the Holocaust, when the truth and facts point the other way – the righteous way! So, I often agonise and ponder: why is it so difficult for the Holocaust remembrance environment to accept the truth about Cardinal Aloysius Stepinac’s role in helping and rescuing Jews? An answer that comes to mind is that communists of former Yugoslavia have, on false grounds and utter lies, made Aloysius Stepinac synonymous with the concept and reality of the Holocaust in Croatia and to now accept him for what he truly was – innocent of those charges, would somehow take a significant part of the heavy gravity away from the act of the Holocaust! So, the Holocaust remembrance environment seems in part to prefer perpetuation of untruths rather than facing the truth. Nothing can take away the heavy gravity the Holocaust carries for human kind – for it was an abomination – but unjust treatment of individuals within this environment, unwillingness to recognise the actual rather than reported or estimated truth, do add to its tragedy for human justice. I do hope that the pursuit of truth of the Holocaust in Croatia will surface with the righteousness of Blessed Aloysius Stepinac: with a proud revelation of a Schindler’s List not even the revered Schindler could match! Ina Vukic, Prof. (Zgb); B.A., M.A.Ps. (Syd)​